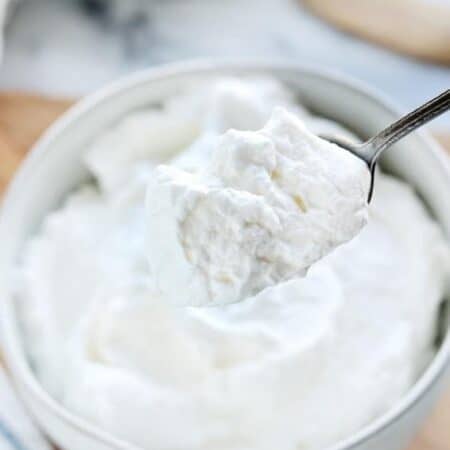 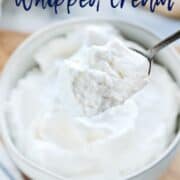 A light and fluffy long-lasting make-ahead whipped cream recipe that lasts up to several days in your fridge. The Best Whipped Cream for pies, cakes, hot chocolate, and more!

My daughter eats the whipped cream off of pie and leaves the pie behind. My son loves a scoop of whipped cream from the freezer as a sweet treat. To say my family loves their whipped cream is just the start.

I never gave whipped cream much thought until one year when shopping for a Christmas present for my mom – I came across the coolest gadget that makes instant whipped cream – A Whipped Cream Dispenser.

This kitchen gadget is still used during the holidays 15 years later!

It’s easy to do taking less than 10 minutes and just 3 ingredients. This recipe can be made ahead of time because one of the ingredients stabilizes the cream, helping it stay together and not deflate into mush after an hour.

Can Whipped Cream Be Made Ahead Of Time?

Yes, it can! The following recipe doesn’t use unflavored gelatin as other recipes do but rather cream cheese – the extra fat and acid help keep the whipped cream stable for longer.

Kitchen Tip: You could use full-fat Greek yogurt or sour cream in place of the cream cheese.

Before You Get Started

To make the best-whipped cream in the shortest amount of time, chill the cream, mixing bowl, and beaters from your kitchen mixer until they’re very cold.

Kitchen Tip: For a quicker chill time, put the bowl and beaters in the freezer for 10 minutes, and keep the chilled cream refrigerated until you’re ready to use it. The colder the cream, the faster it will whip up.

Use a mixing bowl large enough to allow the whipped cream to expand as you mix and tall enough to keep the cream from splashing out.

Kitchen Tip: A cup of cream will make about 2 cups of whipped cream.

After the bowl and beaters are chilled, add the heavy whipping cream to the bowl. Start mixing on low.

Add the powdered sugar and continue mixing. At this point, the stabilized whipped cream will still be quick liquidy, but this will quickly change so keep an eye on it.

Continue whipping until soft peaks start to form. If you want stiffer peaks, beat a little longer, but check frequently to make sure it’s not getting too thick.

Kitchen Tip: Soft peaks fold over when you lift the whisk out of the cream. Medium peaks keep their shape when you lift out the whisk, but the overall texture is still soft and pillowy. Stiff peaks have the firmest structure.

Stop mixing when the cream is just right for how you want to use it. If you want light and fluffy, go for medium peaks, if you want a nice firm dollop on top of your pie, go for firm peaks.

How Long Does Whipped Cream Last In The Refridgerator?

Use stabilized whipped cream within 2-3 days for best quality.

Can I Freeze Whipped Cream?

Yes. Simply place an airtight container of whipping cream into the freezer. Once you’re ready to use it let it defrost in the refrigerator.

How Do You Store Leftover Whipped Cream?

You can keep it in the refrigerator, freeze in a container, or portion out scoops of whipped cream onto a baking sheet to freeze. Once frozen, remove the individual-sized whipped cream portions from the baking sheet and place into a ziplock bag to keep in the freezer for later use.

If you enjoyed this recipe, make sure to leave a comment and a star rating below! Then follow me on social media and tag #createkidsclub if you make the recipe. I love seeing what you come up with! 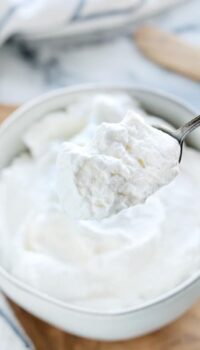 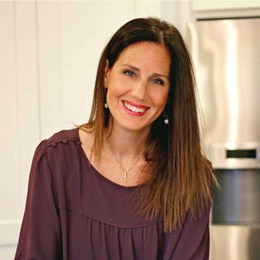 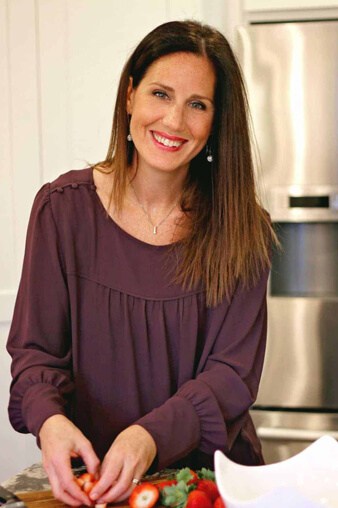